[Leggi l’articolo in italiano]
Two wonderful dark eyes. A sweet smile brightening up her face. Soft black hair falling back over her shoulders which were covered with sumptuous clothing embroidered with gold and silver threads. The sound of her jingling earrings and bangles with thousands of precious stones marked each of her steps.
That’s how we like to imagine Mumtaz Mahal, the favorite wife of the Mughal Emperor Shah Jahan, the precious one to whom he dedicated the construction of the famous Taj Mahal.
Her story is so celebrated and her figure so loved in India that wonderful portraits were realized, mostly during 18th and 19th centuries. Poets composed moving lyrics honorating her grace and benevolence. And portraits miniatures, a large number of portraits miniatures were painted to keep the memory of the sweet girl always at hand.
The British, moreover, popularized the story of the beautiful Mumtaz Mahal (from Persian “the elect/the jewel of the palace”) in their country by commissioning to skilled Indian artists the production of portraits miniatures according to the tastes of the time, the so-called “Company Style”.

“Company style” or “Company painting” (Kampani Kalam in Hindi) is a term for a hybrid Indo-European style of paintings made in India by Indian artists, many of whom worked for European patrons in the British East India Company or other foreign Companies in the 18th and 19th centuries. The style blended traditional elements from Rajput and Mughal painting with a more Western treatment of perspective, volume and recession. Most paintings were small, reflecting the Indian miniature tradition, but the natural history paintings of plants and birds were usually life size.
Unfortunately most of the portraits miniatures of Mumtaz Mahal got lost over the time. As a matter of fact portraits miniatures were mostly painted on very thin ivory layers, which were extremely fragile and easily perishable if not properly framed. Damages or, even worst, breaks were in most cases unavoidable.

The miniature is further embellished by a fine frame in micromosaic of Venetian production (by the end of 19th century), decorated by a wreath of micromurrine depicting daisies and pansies on a bright turquois background.
During the Victorian age Indian miniatures were particularly researched by English collectors. Therefore it was not that uncommon that such forms of craftmanships – no matter how far away from each other – would be put together with elegant and pleasant outcomes, like in the case of our miniature.
Sometimes, when we are interviewed about our job, we are often asked: if ever there is one, what is the object you feel you miss in you collection?
Well, once we got our eyes on this portrait miniature, we understood that this was definitely one of our precious missing treasures.

It is small and apparently modest, but believe me if I tell you that as soon as it arrived in our small store, the light released by the miniature of the sweet Mumtaz fully permeated our antique store. And let’s hope that after stopping by for a while in our humble little shop in the Jewish Ghetto of Venice, she would soon be collected by someone capable to feel her radiance to be moved to further exotic places just like her origins.
As for us, we are already looking for our next lost treasure… Until next time! 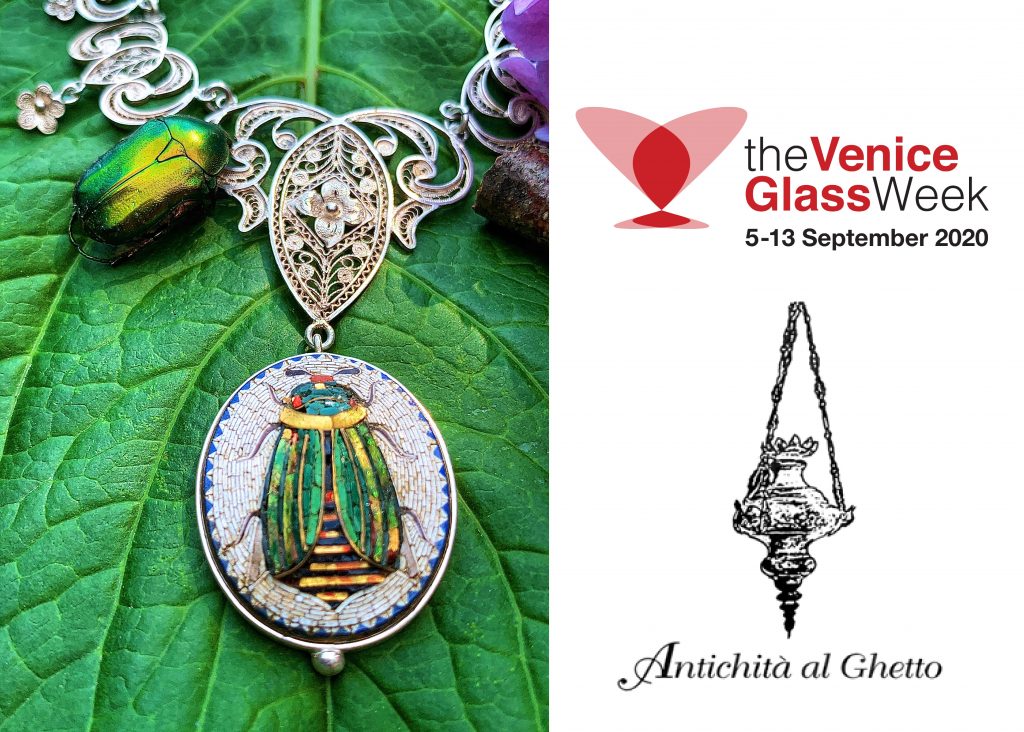